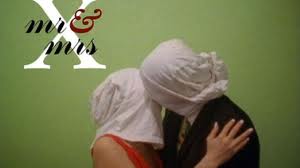 In my previous blog posts, I wrote all about my early years as a restaurant owner and my financial struggles and desperate measures to try and make a buck. I told you about how I redefined the restaurant and turned things around.  One of my tactics to bring in revenue was to do brunch. This proved to be unsuccessful in regards to bringing in a plethora of new customers but it was a success in a totally unexpected way.

Brunch brought in two guests who quickly became weekly regulars. Most Sundays on their walk back from church, “Mr and Mrs. X” would stop in for brunch. On most Sundays they were the only ones who stopped in for brunch. They seemed like a very kind couple and were always very upbeat and positive.

I became close enough with this couple -- or maybe I just so badly wanted someone to be honest with. When they asked how things were going, I started openly telling them the truth. Each week they would come back, sit in an empty dining room and I would give them more details about our financial struggle.

What happened next was one of the kindest gestures of stupidity I have ever encountered. Mr. X stopped in one day and told me that he and Mrs. X were going to give us a loan. He told me to get together a list of the most pressing debts. He had no idea the journey he was about to embark on and everyone (I mean everyone) told him he was eFFn’ nuts to even considered helping us out. It was a total pay it forward move, they knew the immense risk and, for whatever reason, they had more faith in us than anyone else. They believed we were a sincere couple who would work hard to get them their money back and they really wanted help.  During a recent conversation, Mr. X said he was just tired of hearing my weekly whimpering at his breakfast table. But, I don’t believe this.

After going back and forth with a list of the most pressing financial issues and keeping a bunch of skeletons hidden in the closet, he gave me a check for $35,000 and an interest-only loan agreement. Over the years he has worked with us when we couldn’t pay the interest payment and even loaned us additional monies as those skeletons came out of the closet.  Like proud parents, Mr. & Mrs. X love showing off the place to friends and family

Over the last few years we were able to start paying principle and interest and slowly have reduced the loan. Looking back I feel this kind gesture was instrumental in my success today. Not because it kept the lights on, lawsuits at bay and the taxes paid. But also because of the generosity and trust this couple put in my wife and me and our vision. Failing was not an option; I could not and would not let these people down. I still work hard every day, with this loan in mind, and I will forever be indebted to this couple…long after the principle and interest is paid off.
Posted by Chef John Brandt-Lee at 5:05 AM